This Is A Custom Widget

This Sliding Bar can be switched on or off in theme options, and can take any widget you throw at it or even fill it with your custom HTML Code. Its perfect for grabbing the attention of your viewers. Choose between 1, 2, 3 or 4 columns, set the background color, widget divider color, activate transparency, a top border or fully disable it on desktop and mobile.

This Is A Custom Widget

This Sliding Bar can be switched on or off in theme options, and can take any widget you throw at it or even fill it with your custom HTML Code. Its perfect for grabbing the attention of your viewers. Choose between 1, 2, 3 or 4 columns, set the background color, widget divider color, activate transparency, a top border or fully disable it on desktop and mobile.

The Art of the Goal

The Art of the Goal

Do you have clearly defined written goals? Or are they just in your head? Research shows that those people who actually sit down and write out their goals not only end up achieving them, but have higher incomes and ratings for overall success and life satisfaction.

According to Brian Tracy in his book Goals, there is a study that reveals just how effective written goals can be. Here is what Tracy reports:

Mark McCormack, in his book What They Don’t Teach You at Harvard Business School, tells of a Harvard study conducted between 1979 and 1989. In 1979, the graduates of the MBA program were asked, “Have you set clear, written goals for your future and made plans to accomplish them?” It turned out that only 3 percent of the graduates had written goals and plans. Thirteen percent had goals, but not in writing. Fully 84 percent had no specific goals at all.

Ten years later, in 1989, the researchers found that the 13 percent who had goals that were not in writing were earning twice as much as the 84 percent of students who had no goals at all. And most surprisingly, they found that the 3 percent of graduates who had clear, written goals when they left Harvard were earning, on average, 10 times as much as the other 97 percent of graduates all together. The only difference between the groups was the clarity of the goals they had for themselves when they graduated.

Brian Tracy, Mark McCormack, Zig Ziglar, Anthony Robbins, and many other motivational gurus have used various versions of this story, some of whom attribute it to a 1953 study at Yale. Apparently, there is no such study, but the story has been handed down like a myth. When Tracy was contacted about the source of his version, he responded, “If it’s not true, it should be.”

Nevertheless, the story makes a good point. Almost all successful people have goals, and outstanding high achievers have clearly defined written goals. Study those who have been successful in the ministry, and you will find that the most successful – in terms of numerical growth and building churches – are people who are very clear about where they are going and how they will get there.

Conversely, while it may sound spiritual to say that you don’t want to plan God out of the services, if you don’t set goals and have action plans to reach them, you won’t have a very large crowd to be spiritual with. Without clear goals, there is no benchmark to remind you where you are going and if you are making progress. That said, how come so few people actually write out their goals?

Why Not Set Goals?

There are four main reasons people don’t set clear goals and write them out. Many people say they can’t be bothered to take the time to sit and write them out, preferring to keep them in their heads. But no one is really that busy, as it only takes a few minutes. The real reasons are probably deeper, involving the fact that if they are kept in “the head,” it is easy to change, revise and ignore them. This avoids accountability issues and facing failure. Looking further into the reasons, we find the following four factors:

First, most people don’t realize the importance of goals. If you grow up in a home where no one has goals, or you socialize with a group where goals are neither discussed nor valued, you can very easily reach adulthood without knowing that your ability to set and achieve goals will have more of an effect on your life than any other skill. Without goal setting skills you will spend your life talking about what you are going to do some day, but that day will never come.
Ecclesiastes 5:3 “For a dream cometh through the multitude of business; and a fool’s voice is known by multitude of words.”
They don’t know how to set goals. Some people confuse goals with wishes and fantasies. They think in terms of “having a lot of money,” “getting a great job,” “having a nice family,” “getting fit,” or “building a great ministry” without breaking these wishes down into their component parts and the action steps it would take.
These aren’t goals but wishes and fantasies. A goal is different. It is clear, specific and measurable.

You know when you have achieved it or not. If you don’t know how to set goals then you need to learn how. 1 Timothy 2:15/Hosea 4:6
They have a fear of failure. If goals aren’t written down, we can change them to match what is actually achieved without having to face any feelings of failure. Furthermore, many people make the mistake of setting goals that are easily attained in order to avoid failing. This is a form of unconscious self-sabotage. They end up going through life functioning at sub-optimal levels rather than at the level they are truly capable.
Some refuse to set goals to keep from losing credibility when they fail to reach them. This stunts the growth of believers by keeping them from reaching for something just because they may fall short. I would rather fail and obtain only fifty or sixty percent of my goal than to have no goal and reach it every time.
They have a fear of rejection. The fourth reason people don’t set clear, written goals, is that they fear they will be seen by others as ridiculous if they fail. They don’t want to face criticism or be seen as not capable or worthy. This is one reason to keep goals confidential when you begin to start out with goal setting, with the exception of sharing with your coach, mentor or a trusted peer. Proverbs 22:13/Proverbs 26:13

3 Reasons Your Goals May Not Work
Knowing the barriers to successful goal-setting, you are ready to learn how to set goals that will help you succeed and find the satisfaction God intends for you to have. You may already have in mind three important goals for yourself that you’ve been wanting to achieve for a while. Go ahead and write them down now; save them for review later. Before you can set effective goals, however, you need to consider three things.

There are three main reasons why your goals may fail to inspire and motivate change.

The goal isn’t valued enough-you haven’t committed your mind and heart. It doesn’t align with your values. It may be something someone else thinks you should do, or, it may compete with other values you find more important.
1 Samuel 17:29/Matthew 13:46
Your goal isn’t specific-it’s too broad and overwhelming. While “getting fit” is admirable, it really isn’t a goal-rather the outcome of working out regularly, doing sports and eating less junk food. Philippians 3:13
Your goal isn’t supported-you don’t have a counselor, pastor friend, coach or mentor to cheer you on in your little successes, or to help you come back after a setback. You have no one to help you determine if your goals are faith or foolishness and if your plan to achieve your goal is reasonable. Proverbs 11:14

Each of these elements must be carefully considered in creating goals that you can achieve. Once you have aligned your goals with your values, spiritual gifts, and life calling, you will find them easier to accomplish. The energy will flow, because the goals are an expression of who God made you. Then, when you have written down your goals in a specific, clear, measurable way that is time-framed, the small steps along the way will become evident. This also keeps the energy flowing, and helps you to remain focused on the goal.

The best way to get support for your goals is from a trusted friend in the ministry who shares your values and has been where you are trying to go. Build a relationship with them that allows them to be a ministry coach from whom you are willing to take advice and act upon it. Friends and family members may be helpful, or not. A ministry coach who has spent most of their life discovering and implementing biblical leadership principles is crucial in helping you to achieve what you want. He or she can also help you with the goal setting process to ensure that your goals are aligned with biblical values. 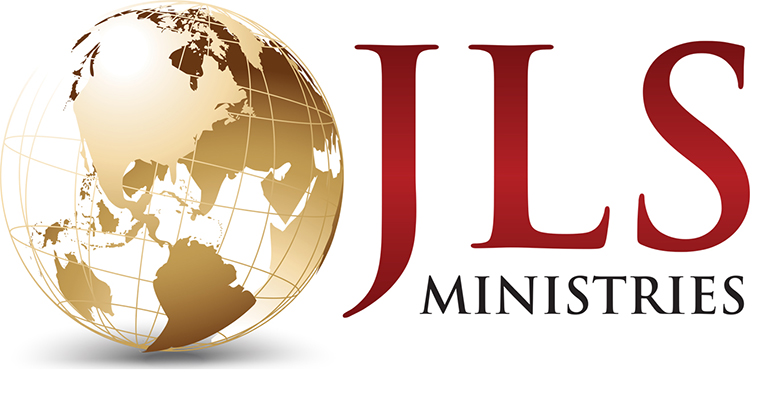 There are over 10 Training Programs taking place near you!

Subscribe today to receive the latest on the Training Workshops, Seminars, Articles, and much, much more.